University of Alabama, in first step, to remove three Confederate plaques from campus

Three Confederate memorial plaques are to be removed from the University of Alabama campus.

The decision came from the Board of Trustees of the UA System, in consultation with Stuart Bell, UA president, according to a release from the UA System on Monday afternoon. The three plaques are located on and in front of the Gorgas Library, and they will be relocated to a “more appropriate historical setting.”

University of Alabama has removed removed plaques honoring students who served at the Confederacy. They will be placed in a more appropriate location, the university says. 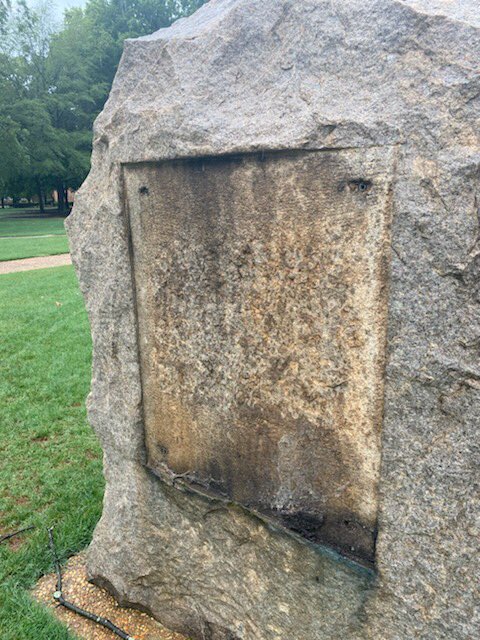 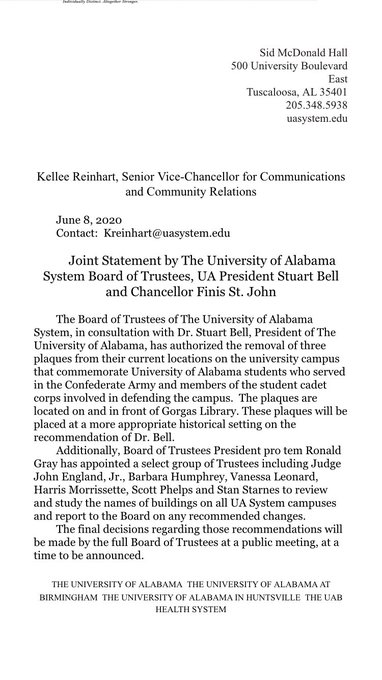 250 people are talking about this

The plaques originally commemorated the UA students who served in the Confederate army and members of the student cadet corps, according to the release.

Judge John England, Jr., Barbara Humphrey, Vanessa Leonard, Harris Morrissette, Scott Phelps and Stan Starnes were selected to take on that role. The trustees will report to the System Board with changes that need to be made, according to the System. The final decision, the statement said, will come down to the Board of Trustees at a public meeting.

Gorgas Library was named for the university’s postmistress and librarian Amelia Gayle Gorgas, who was the wife of Confederate general Josiah Gorgas, the university’s eighth president and library. The plaque on the library was placed on May 30, 1916, according to the description on the plaque.